Hello everyone, this is Yuji here again, and this time I will tell you about the early days of construction. They say one must destroy to create anew, and while this isn’t always the case, it was for us. However, I’d like to think we were careful destroyers as we were able to salvage much of the material from the old garden. This included slate flagstone, wooden decking and boulders – materials we will make use of in future projects. It was still sad to see something beautiful go. I kept thinking about all the different incarnations this space had been, and all the hands that had put it together. It’s as profound as it is obvious, but it’s fun to think about a house, for instance, and realize that it’s made of tens of thousands of objects, each one placed right where it needs to be, one by one, by a person.

Once we had salvaged what we could, it was time to bring in the machines and start digging. I love digging and I love machines so I was beyond thrilled at this point. We brought in expert help in the form of Dennis Robins, who is an experienced excavator operator and community friend. An excavator is basically a giant arm with a bucket hand, on wheels. Nathan and I mostly ran the skid steer, which is good at transporting material from one place to another. After removing old retaining walls, hidden masses of concrete and a few unlucky trees, it was time to start working on the first major part of the project: a retaining wall along the main house.

Our beloved Nyingma Institute is located in the hills of Berkeley where retaining walls are a part of life. When one looks east, one is confronted by a hill, and the first priority of this project was to ensure that it stayed where it was. This retaining wall is nearly 200 feet long, running along the north and east sides of the main building. It is 6 feet tall, and I like to think of it as our guardian protector. Most visitors will never know it’s there because it isn’t very visible, but when all is said and done, it took a significant part of the project’s time and budget to construct it. I’ll try to not get too detailed about the process, but in order to build this wall we first needed to build a road down to it. This required removing hundreds of cubic yards of dirt. It also required some careful maneuvering as we were operating the machines inches away from the building.

Once a space was cleared, we brought in drilling experts who dug holes 20 feet deep every 10 feet. These holes would later get filled with rebar and concrete to act as the foundation to the walls. They were also just wide enough that when one stood above them, one could imagine falling in. Serious yikes. I should also say that this was a point in the project where I was working almost entirely by myself. Dennis had gone back north, and Nathan, though involved still with the logistics of the project, had transitioned to life outside of the Institute. A former student John Klein would volunteer a few times a week and he was a great help, but it was mostly just me. I would hop into the excavator, scoop some dirt into the skid steer, then hop into the skid steer and drive it away. But together, John and I wove an intricate web of rebar tying all the holes together, and it is here that I will end this entry. Kris and Katie will be writing the next few blog entries, so I’ll see you again in a little bit.

Next time: Inspections, concrete, and the arrival of Kris and Katie! 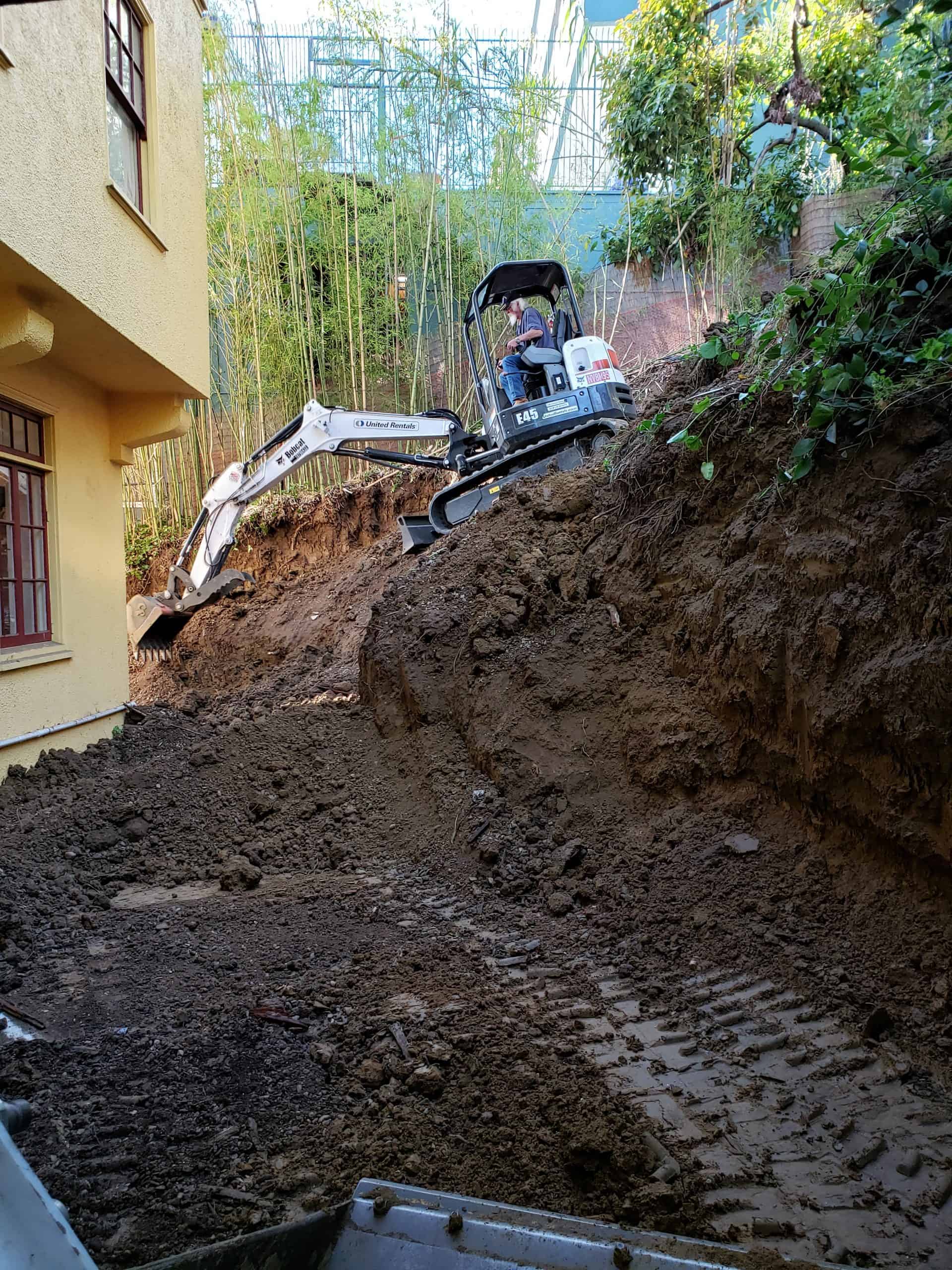 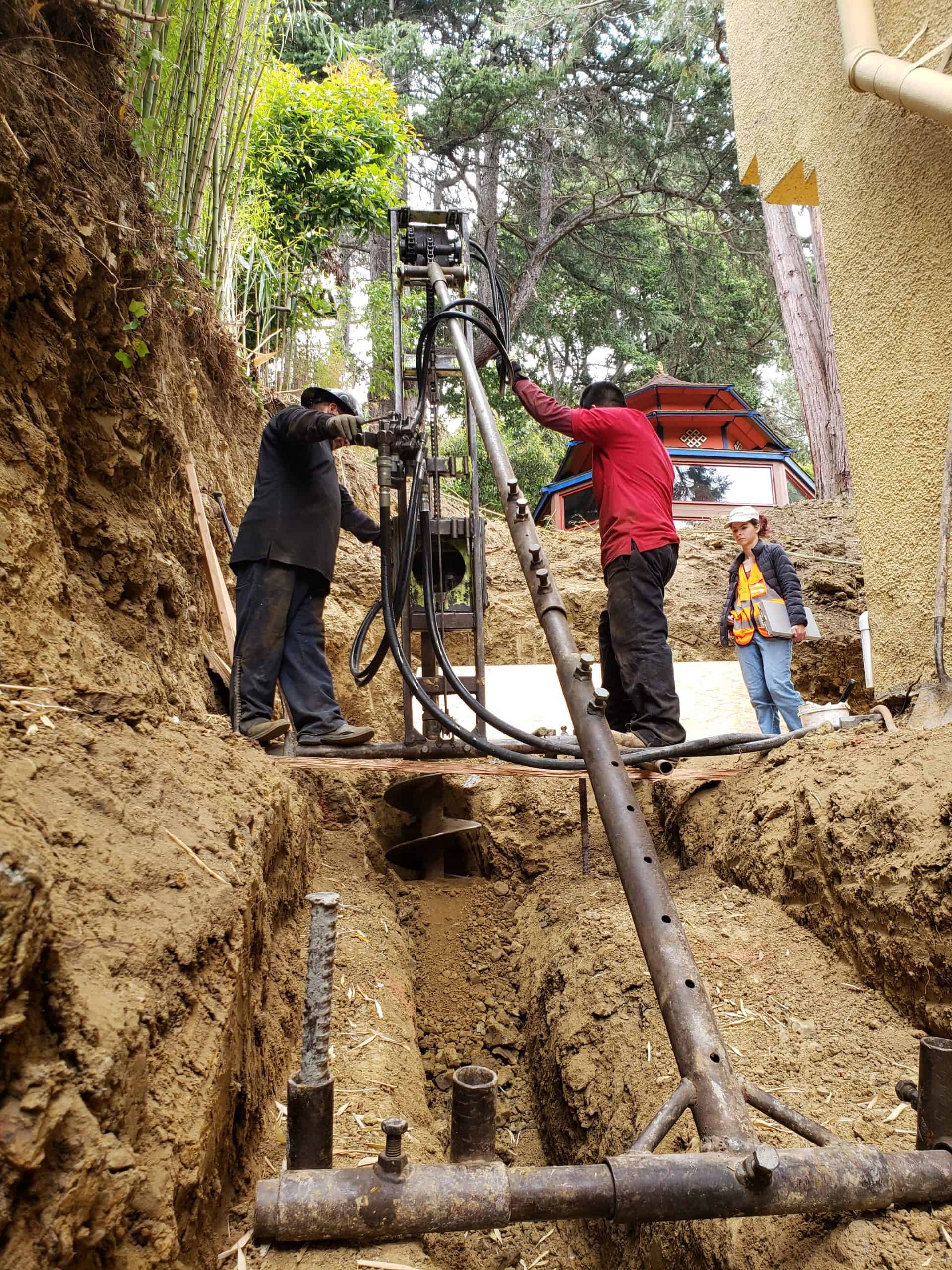 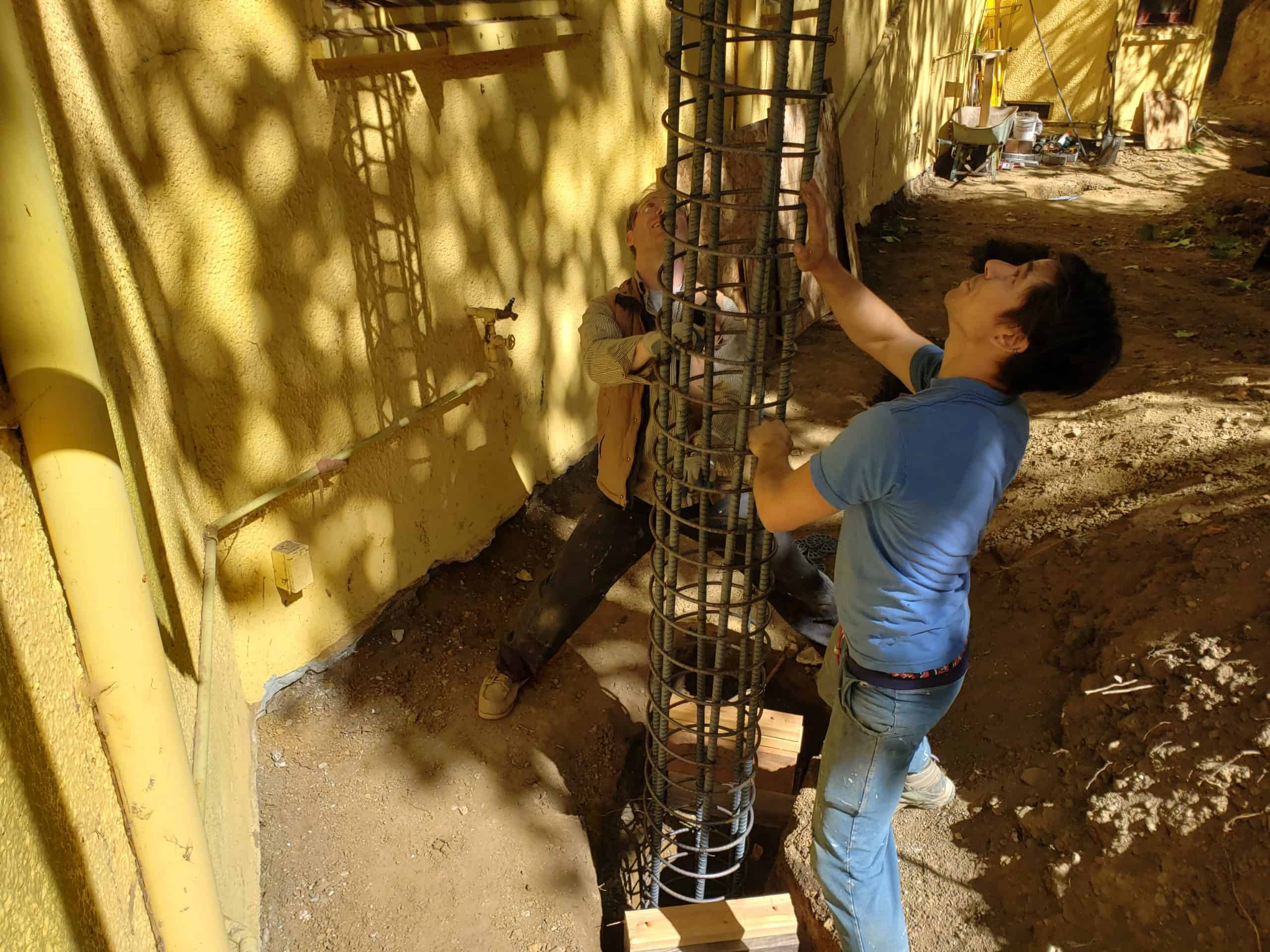